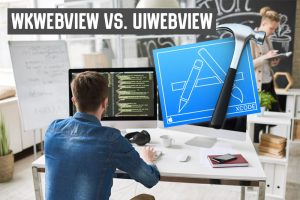 A debate has been going around in the past years over which app is better and which is not? After looking at the following differences and pros and cons, you will be able to differentiate which one is better. Since Apple bans UIWebView apps in the future, a strong point for WKWebView apps is made.

WKWebView is the current WebKit API’s centerpiece introduced in macOS Yosemite and iOS 8. You can utilize the WKWebView class to fix web data in your app. For making a WebView object, you have to place it as a view then send a request to load the web content.

UIWebView is an iOS application that allows the app developers to set web content within their native apps by simply implanting the web-based app in a native container. This approach makes the development of apps controversial and interesting. However, some specific pros and cons that include cross-platform compatibility.

The primary profit of powering a native app with UIWebView is that it is the classical, old-fashioned enginge by iOS and you will not have any surprises. For example, native dialogs (like prompt(), …) on JavaScript will work by default but the would need some tweaks in WKWebView.

The app itself is not written in the latest rendering code, which means it cannot take complete advantage of the device used. The results can be hindered as apps cannot take complete advantage of the power of the device. Since iOS 4, the apps based on UIWebView that were instigated did not benefit from the JavaScript performance as they did while running in the Safari app. The biggest contra point is that Apple will stop accepting apps based on UIWebView in 2020 (consider upgrading to WebViewGold app template) 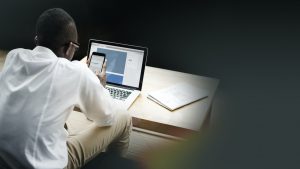 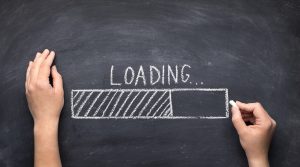