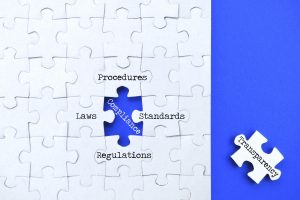 Collecting data and showing personalized ads to consumers have been contentious topics over the last few years, with consumers and governments arguing that companies have been collecting too much of the general public’s data and they are infringing on basic online privacy.

In order to maintain their image as a privacy-focused company, Apple has developed a new iOS (iOS 14.5) that implements their new App Tracking Transparency (ATT) system, which gives consumers a choice to ask the apps they are using to not track their activity while on the platform. All apps and companies that want to have their apps featured on the app store and be compatible with Apple’s operating system must comply with this new feature which has resulted in some pushback and opposition, most notably from Facebook!

But what exactly does this mean for new app developers, and how does this new App Tracking Transparency (ATT) affect WebView apps, and Google AdMob, and Facebook Audience Network? In this article, we will explore each of these different approaches and look at the ways in which they will interact with Apple’s App Tracking Transparency (ATT). We will then explain what we believe to be the best option for new app developers when it comes to implementing Apple’s new tracking transparency system into their own apps.

Let’s get into it!

What is App Tracking Transparency (ATT)?

First, we need to explain what exactly Apple’s App Tracking Transparency (ATT) system is. It is released as part of the new iOS update, iOS 14.5, which is one of Apple’s biggest updates over the last few years. This feature requires apps to request your permission before they can track your data and activity while on their app.

This gives you the control to decide whether or not you want to allow or block iPhone app tracking and how much of your personal data you want to give to different companies and developers. This feature is a big step towards increased personal privacy while utilizing the apps on your phone and will be very important moving forward.

How does it work?

When you download an app, you are now immediately met with a pop-up notification asking you whether you want to allow the app to track your data or if you would like to ask the app to not track you while you use it. This feature is available to all users free of charge. The only requirement is that you update your phone to the latest iOS (iOS 14.5).

The core of this tracking transparency lies with Apple’s identifier for advertisers (IDFA), which is the system that allows developers to track the data of its users. While consumers have been able to opt-out of this IDFA for some time, the new updated iOS places this choice at the forefront of the user experience and gives consumers the option to opt-out of tracking from the moment they start using an app.

This means that if consumers choose to opt out of tracking, then developers and companies cannot use the IDFA, or any other system, to track, collect, or ultimately sell that users’ data. This is important because data is used in many different ways in today’s global and technological society, mainly in the form of personalized and targeted ads. Because of this, there has been a great deal of backlash from companies towards this new system that Apple has put in place, specifically from companies that make their money through add revenues.

While this move by Apple won’t stop you from seeing ads when you use an app, it means that the ads you see won’t be personalized or targeted based on your online habits and history.

How does this affect Facebook Audience Network and Google AdMob?

As Apple’s new App Tracking Transparency (ATT) allows consumers to opt out of tracking by apps, this means that their data will no longer be available for use by those apps. This is a major development as many companies use user’s data in order to tailor advertisements to them as well as to sell to third-party companies.

As a result of this, there has been a lot of backlash and push back from many major companies that rely on collecting and selling their user’s data to add revenue, with the most notable being Facebook. This is because most users would choose to opt out of the data tracking, which is bad for these types of businesses. Facebook argues that this new framework is detrimental to small businesses and will make products that have been free to use up to now expensive and will see many people being forced to move to a subscription-based model.

The main upside of using this service is the fact that Facebook has access to a large amount of user data and analytics, which makes their ads and advertisers feel more natural and organic. They are able to target ads to specific people and groups, which will make them more likely to click on or purchase a certain type of product or service.

Similar to Facebook Audience Network, Google AdMob is a platform that allows you to place ads on your apps. AdMob works by placing ads that are created and paid for by advertisers onto your app based on the criteria you have set. It is one of the best ways for developers to monetize their apps by placing high-quality and targeted ads onto their platforms that will have a potentially high rate of return.

Through platforms such as Facebook Audience Network and Google AdMob, businesses and developers are able to monetize their apps and services by getting add revenue through targeted ads and capitalizing on the existing advertising networks that these companies have built.

Ultimately, what Apple’s new tracking transparency framework will do is reduce the value of these ads as they will become less and less personalized and targeted as more and more people choose to opt out of tracking and strip these companies of access to their valuable data.

While companies and developers will still be able to place ads onto their apps and platforms, the quality and potential rate of return on those ads won’t be as high due to a lack of sufficient user data. Mark Zuckerberg, head of Facebook, has even warned his investors that the fall out of Apple’s new framework will begin to take effect on Facebook during the second half of 2021.

What does this mean for new app developers?

For new app developers, getting your app approved by Apple for use in their app store is a big accomplishment and a hurdle that all app developers must cross if they want their app to be successful. This is because the apple app store has access to a large proportion of the market and is able to reach a large number of users. Because of this, it is necessary to implement Apple’s new data tracking transparency framework into your app as all apps on the app store must comply with this policy.

As a new app developer, you shouldn’t feel too concerned; however, when it comes to the effect that this new framework will have on your ability to monetize your app effectively. Even if the new App Tracking Transparency (ATT) limits the amount of data you will be able to collect from users, you will still be able to monetize your app in different ways and may have to simply use less personalized ads. Services like Facebook Audience Network and Google AdMob will still be worthwhile options for you even if they are affected by Apple’s tracking transparency.

In the end, as a new app developer, you don’t have to change too much about the way you are developing your app. You simply need to optimize your app to incorporate Apple’s tracking transparency framework. For experienced app developers and coders, this shouldn’t be an issue, but what about people that don’t have that type of knowledge or expertise? For those types of people, there are many services available that will help you to create your app and will incorporate all of the relevant and necessary elements to ensure that your app complies with Apple’s tracking transparency framework. One of these platforms that we highly recommend is WebViewGold.

WebViewGold is a solution that allows you to create professional and effective apps for both iOS and Android and boasts a very high approval rating in terms of getting your app accepted to either app store.

This service works by converting your website or your web app into a native Android or iOS app. One of the benefits of this is that any changes you make on your website or web app will be immediately applied to your app. This means that, as long as you have a website, you can create a high-level app even without having any coding knowledge or experience.

With WebViewGold, your app comes with all the basic features that you would expect an app to include, and the services come with step-by-step instructions you can follow to effectively convert your website into an app using their templates. The best part about all of this is that, since you are simply converting into a pre-existing template, there is no need to worry about implementing Apple’s new tracking transparency framework as it is already built into the system. You can, instead, focus all your energy on the look and functioning of the app itself.

Apple’s new App Tracking Transparency (ATT) framework has been met with mixed reactions since its launch. With probably its biggest software update in recent years, this increased focus on privacy has been well received by consumers but has caused some backlash from some of the big companies that rely on ad revenue as their main source of income, such as Facebook.

Whether you are on the side of this new framework or not, as a new app developer, you will have to comply with this new policy and integrate it into your app. For experienced app developers and coders, this won’t pose a problem but, for those that are less experienced, one of the best options is to use an app builder template that comes pre-equipped to integrate this new framework into your app, such as WebViewGold. WebViewGold is one of the top app templates currently available and creates efficient and smoothly running apps that have a high acceptance rate when it comes to getting into the App Store. You can’t go wrong with this choice. 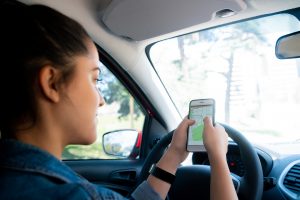 How to avoid double location ... 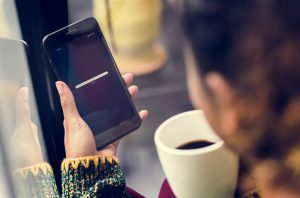 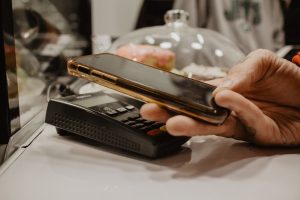